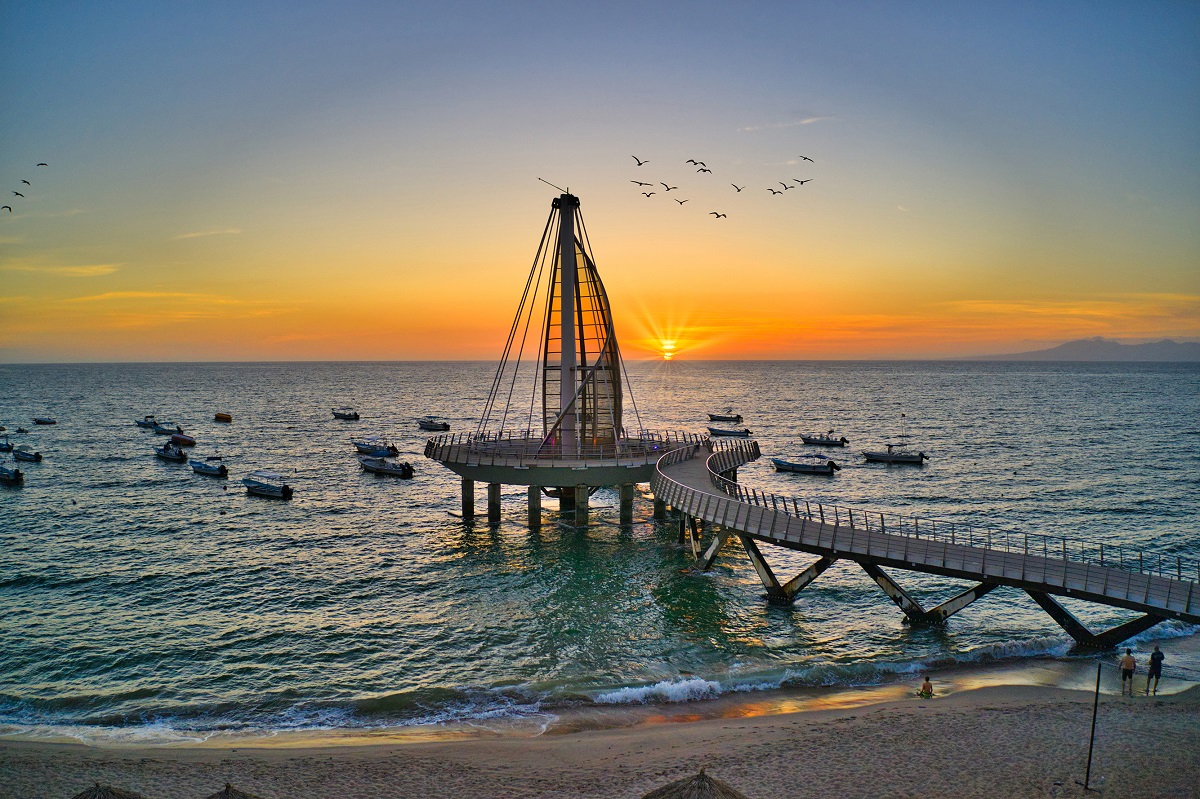 Two of the most important destinations in the Mexican Pacific, Puerto Vallarta and Riviera Nayarit, received nominations for the 2021 edition of the prestigious Travvy Awards.

Puerto Vallarta has received three nominations in the seventh edition of the Travvy Awards, popularly known as the "Academy Awards" of the travel business, which recognize the finest in tourism throughout the world. The Travvy Awards recognize the industry's top suppliers, destinations, attractions, and airlines, among others, as chosen by those who know them best: travel agents. Travel industry experts nominated Puerto Vallarta to compete among the following categories: Puerto Vallarta has become one of the most well-known tourist destinations. It received several Travvy Awards in 2017, including “Best Culinary Destination in Mexico,” “Best Destination City in Mexico,” and “Best LGBT Destination” on a worldwide level. Apple Vacations named the city the "Best Destination" 2019. it ranked fifth among the "10 Most Important Small Cities in the World" by Readers Choice Awards, and is home to the largest platform specializing in fishing expeditions. FishingBooker ranked the port second out of seven destinations that specialize in this sport. Also, the Association of Professional Tennis Players (ATP) voted the Puerto Vallarta Open the “Best Challenger Tournament” of 2019, while Global Traveler USA designated the port the “Best Leisure Destination 2020.” Among the LGBTQ + community's accolades include Gay Cities magazine's "Fun in the Sun" award in 2018 and inclusion in the list of the "Best Gay Beaches in the World 2020" for Los Muertos, one of the destination's most iconic beaches.

And for Riviera Nayarit Travvy Awards

The Riviera Nayarit was nominated in six categories in the 7th annual Travvy Awards in 2021. Because they are regarded as the industry's "Academy Awards," earning the statue and being present at the yearly ceremony produced by travAlliancemedia is regarded as one of the highest accolades. What distinguishes these awards is the fact that winners are picked by leading travel agents in the United States rather than readers or the general public. Mexico’s Pacific Treasure has been nominated in the following categories:

Votes in all categories are now open on the Travvy Awards website and the winners will be announced at a lavish awards event on November 10 at the Miami Convention Center. Winners of the renowned Travvy Awards will also be featured in Agent @ Home magazine and on TravelPulse.com. Around 130,000 votes were cast in more than 140 categories in just one year.

The winners will receive the awards during a gala ceremony held on Wednesday, November 10, 2021, at the Miami Beach Convention Center. Learn more about the awards at https://www.travvyawards.com/
Tours & Activities