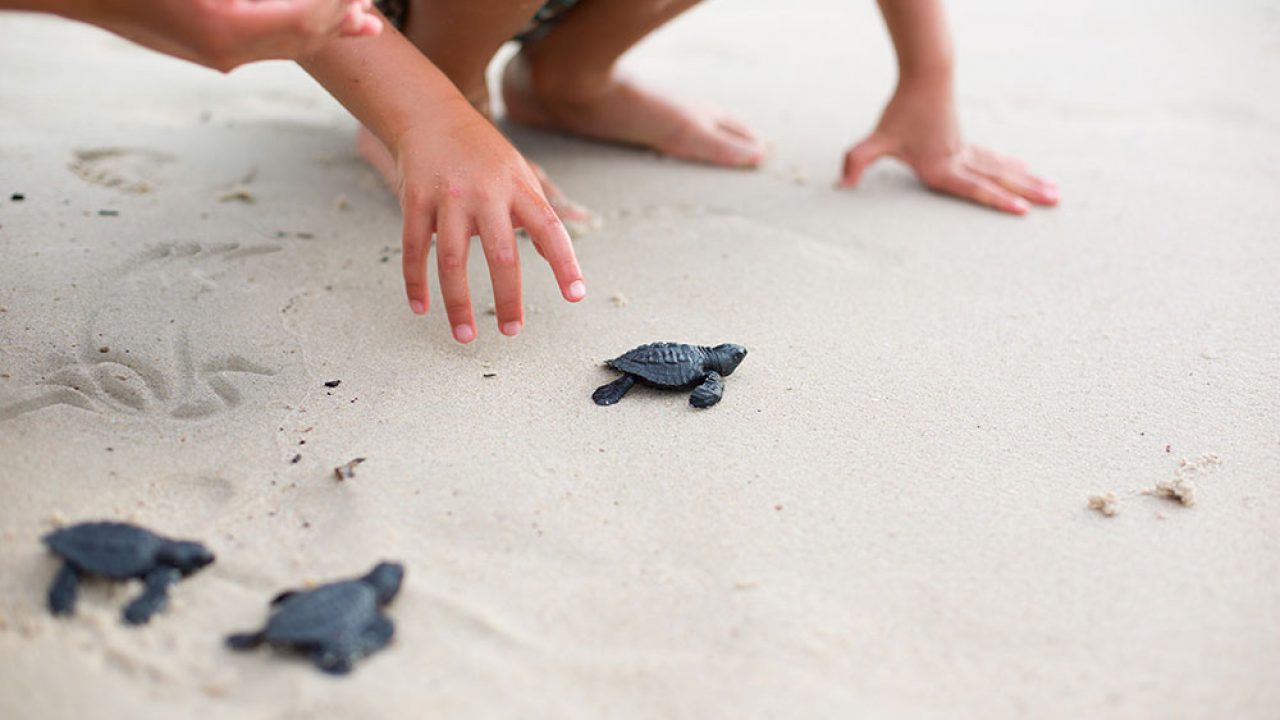 Turtle Release in the Bay

Turtle release has been one of the most fun and enriching activities to do in Puerto Vallarta. The conservation program was created in 1981. Nowadays thousands of tourists come every year to aid in the liberation of turtles. It has become one of the strongest sectors in ecotourism today.   The turtles begin to arrive in the bay during the month of July. That is when female turtles land on the beach to spawn their eggs on nests they dig in the sand. Sea turtles, while proficient on water, are terribly slow on land. Thus, the process of the turtle making her way into the beach and digging the nest takes around 3 hours.   The incubation lasts between one and two months. After that period, the baby turtles start making their way back to the ocean. The need for turtle release lies in the fact that as babies, they are even slower on land. Therefore, they are at constant risk from predators and natural dangers. A well-executed liberation plan can go a long way to guaranteeing their safety.

As an endangered species, turtles have gotten a lot of support from both government agencies and the private sector. That is true not only in Puerto Vallarta, but also Los Cabos, Mazunte, Akumal, and Bahia de Banderas.

You may also like: “El Salado” Estuary, a Lung of Vallarta

Many hotels, restaurants and tour operators offer guided trips to turtle camps during the liberation season, July to December. Guests and tourists get a chance to participate in such an amazing activity.   For those interested in participating, turtle releases run every night to give the hatchlings the best chance of survival. Participating guests are provided with a brief lecture on sea turtles, their environment plus their travel patterns around the world oceans, often dangerous waters. Children participating in these release programs have the honor of naming the baby turtles they release into the Pacific Ocean.

To learn more about how you can participate in this fun and educational activities while enjoying the best of this Mexican beach resort destination, contact any of the above hotels.
Tours & Activities

Come to Flamingos in Riviera Nayarit! Vallarta Eats Food Tours: Eat Your Way Through the City

Come to Flamingos in Riviera Nayarit!