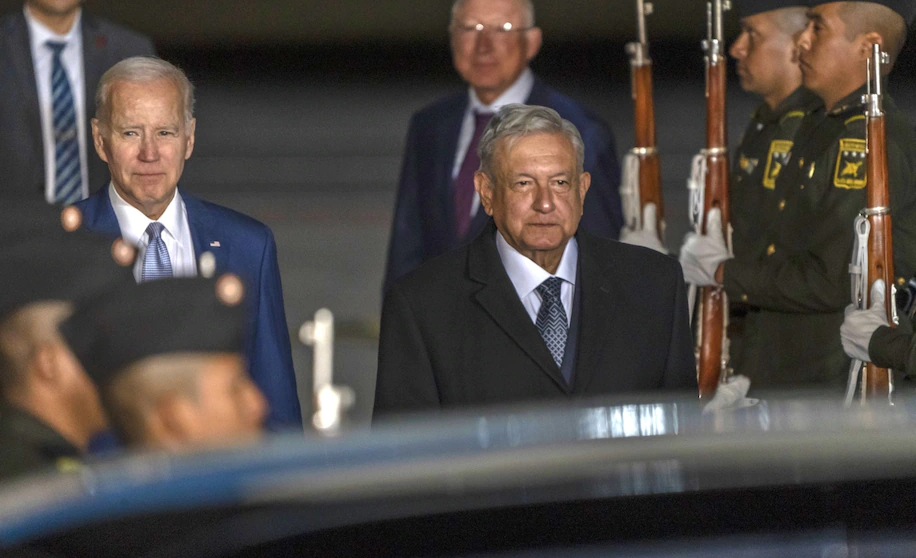 Biden is in Mexico for the X Summit of North American Leaders, which starts on January 10. President Andrés Manuel López Obrador welcomed Biden at the airport and accompanied him on his way to the city.

President Biden and López Obrador will hold a bilateral meeting at the National Palace on Monday. Delegations from both countries will accompany them.

On Monday evening, the presidents and their wives will meet at a private trilateral dinner including the Prime Minister of Canada, Justin Trudeau, and his wife, Sophie Grégoire Trudeau.

The Canadian Prime Minister and his wife are expected to land at the Felipe Ángeles International Airport around 2:00 p.m. Monday. They too will be received by President Andrés Manuel López Obrador.