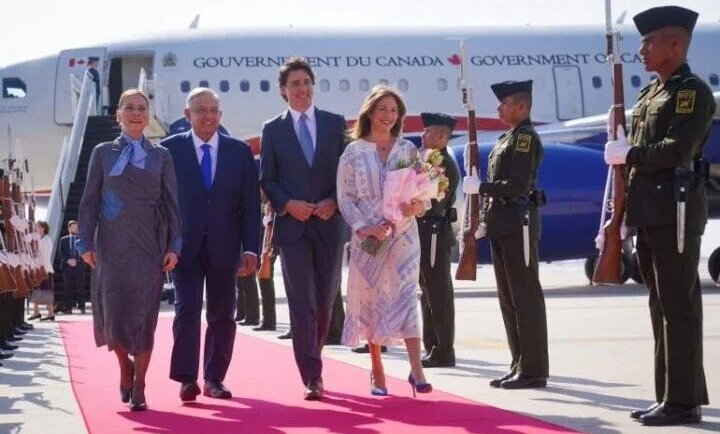 Trudeau arrived with his wife, Sophie Grégoire Trudeau, who received a bouquet of flowers from the President’s wife, Beatriz Gutiérrez Müller.

The Prime Minister of Canada arrived for the X Summit of North American Leaders. They had dinner at the National Palace in Mexico City at 6:00 p.m.

Prior to Trudeau’s arrival, López Obrador and Biden discussed the recent announcement to grant 30,000 humanitarian visas to Cubans, Haitians, Nicaraguans, and Venezuelans, as well as to expel people who cross the border illegally into Mexico. Both agreed on the importance of addressing the root causes of migration.

Since Biden arrived the night before, he and Lopez Obrador met early Monday. However, all three North American leaders will reconvene on Tuesday to continue negotiations.