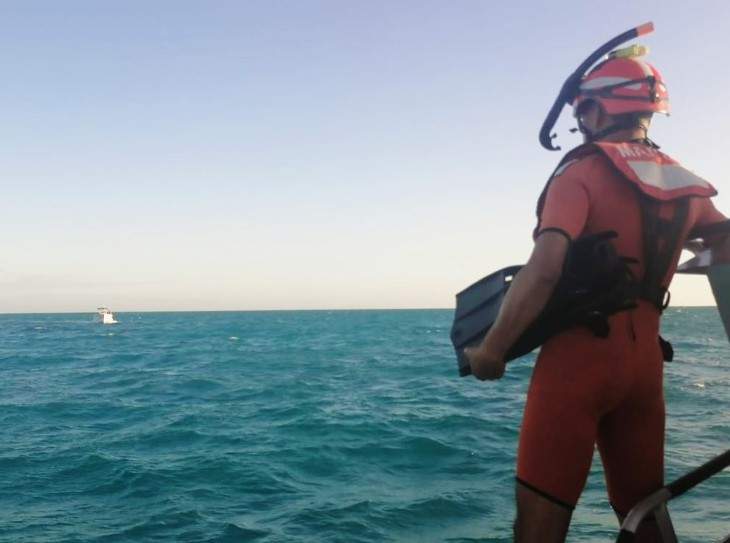 A boat from Florida grounded on a coral formation near Cayo Culebra, a small uninhabited island in the middle of the Sian Ka’an Biosphere Reserve, on Monday.

Navy personnel rescued the two crew members on board. Two boats and an aircraft were sent in search of the small vessel that had sailed from Florida, according to the Secretary of the Navy.

The boat that became stranded in the Sian Ka’an Biosphere Reserve was located using a plane and two Navy vessels.

The two Americans on board were transferred to the Advanced Naval Station in Puerto Aventuras after the boat was located and intercepted. The Secretary of the Navy made no mention of any damage to the coral reef system.