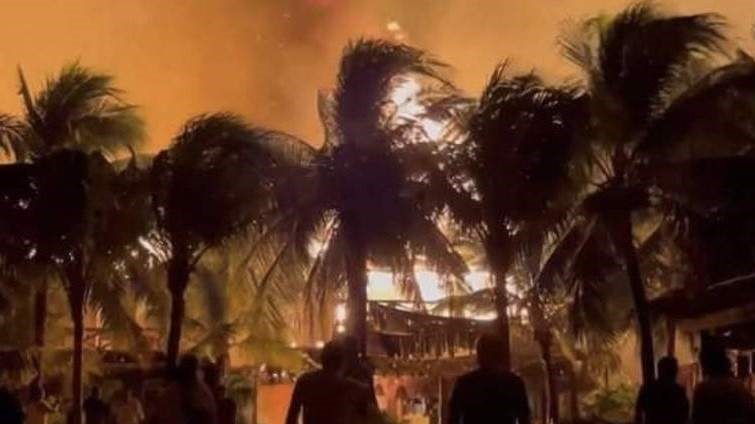 Police reports indicate that the fire originated in the Casa Tortugas hotel but the flames spread to the Mawinvi hotel, which has suffered 80 percent damage, as well as the Cariocas restaurant.

On social media, Quintana Roo governor Mara Lezama said “Regarding the fire in Holbox. I have the report of a young person injured, already treated and without seriousness. The Government of Quintana Roo has made all the resources available to address the situation, bringing together all the people.

Unofficial reports say two hotels and one restaurant were affected by the late night blaze.

“The fire is controlled. Tourists and citizens in shelters. The information on alleged thefts is false, and they work with all service providers to ensure that they are not interrupted.”