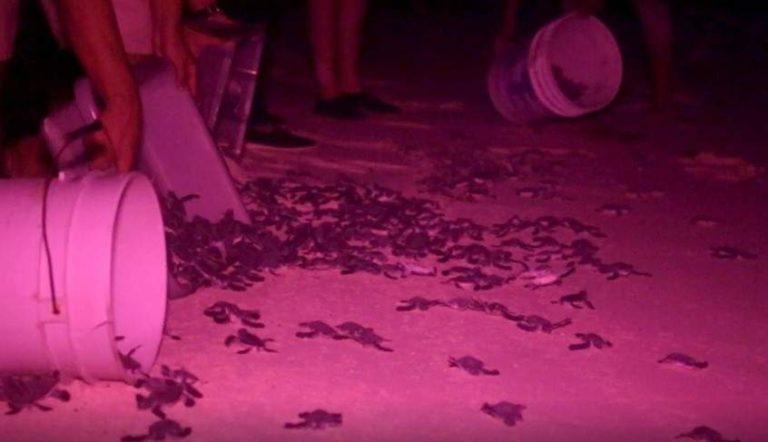 According to a report from the General Directorate of Ecology, there were a total of 8,970 nests of white sea turtles, 90 loggerhead and 16 hawksbill nests.

Through the “Program for the Protection and Conservation of Sea Turtles on the Beaches of the Municipality”, the municipal government, hand-in-hand with the hotel sector, had installed 54 protection pens along 12 kilometers of beach.

There are still 131 white turtle nests to hatch, which are located in 13 pens, which the city reports, will require continued monitoring until they do.

Personnel from the municipal agency, in coordination with the Tourist Police, carry out night tours of the beaches to verify the arrival of turtles, locating nests and attending to turtle strandings.