This pre-Hispanic precinct X’baatún, which means “place where water is collected,” is located inside the Oxhuatz natural park, in the municipality of Tekal de Venegas, in eastern Yucatán. Archaeologists said that the surveys they perform focus on a complex housing structure with several rooms and many architectural elements of columns with a style similar to the Puuc, “which may have belonged to a character of the Maya elite” of X’baatún. 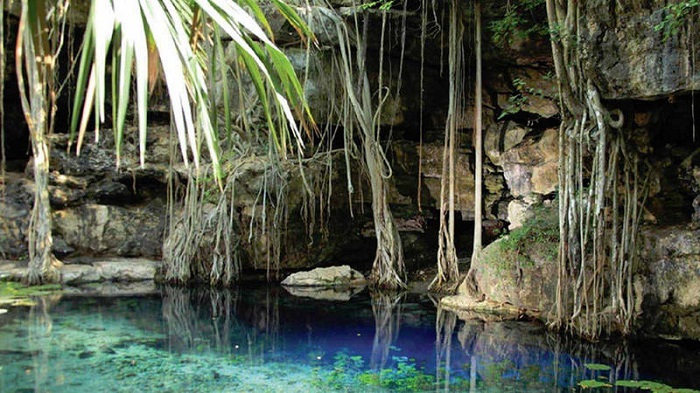 Xbatuun cenote
The other three elevations correspond to a smaller, rectangular building, another structure on top of a chultun or cave, and one more, rectangular, which is visually transformed by the collapse. Sheltered by the lowland jungle of Yucatán, lagoons, a cenote of crystalline waters, swamps, chultunes, a Sascabera, Maya palaces, ceremonial temples, a ball game and other buildings far from what was once the Maya city of X’baatún, archaeologists and ejidatarios of Tekal de Venegas are working at full speed. For the second time, Spanish archaeologists Cristina Jiménez Fuentes and Xavier Sicart Chavarría, experts in photogrammetry, are applying new technologies in the archaeological zone of X’baatún dating from 300 B.C. to the Terminal Late Classic (800 to 1,000 A.D.).
Art & Culture Tours & Activities