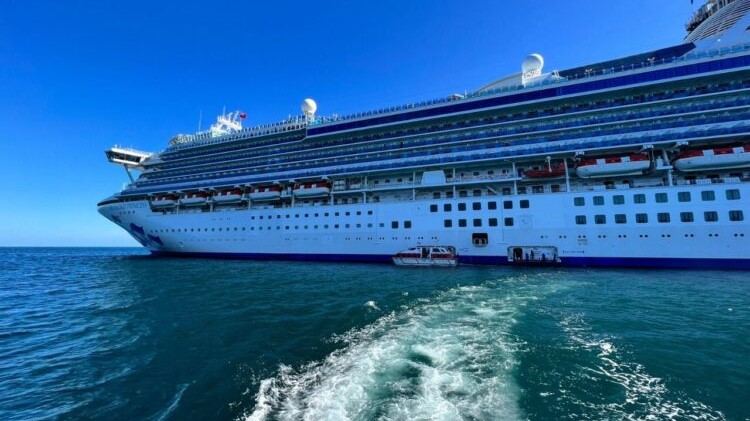 One of the largest cruise ships to arrive in recent memory did so in a historic occasion, according to the residents of Loreto.

An unprecedented event occurred in Loreto when the Diamonds Princess cruise liner docked with almost 2,000 people. This meant a significant economic gain for the 18,000 residents of the third-most popular tourist destination in Baja California Sur, according to the Mexican Association of Tourist Cruises.

It is a small city; it has much more impact when a cruise ship arrives with that number of tourists, and it is like a party. The people of Loreto really like the arrival of cruise ships, it leaves a lot of revenue; it is a big party in town.

In the specific case of the ports of La Paz and Loreto, the arrival of cruise passengers increased by 40%, this resulted in the arrival of approximately 15 cruise ships during the year, explained the representative of the shipping companies in Mexico.

In November and December an increase in cruise arrivals is expected with a total of 88 cruise ships; 12 double arrivals and four triple arrivals are expected.