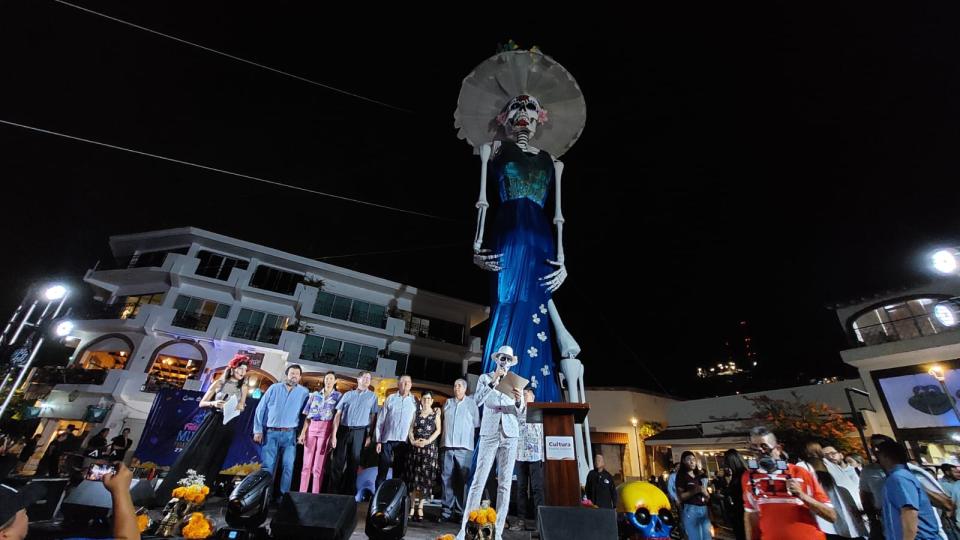 Day of the Dead celebrations kick off in Puerto Valllarta

After lighting the now customary colossal Catrina in the Malecon on Thursday night, the Day of the Dead celebration was officially launched in Puerto Vallarta.

This giant piece of cardboard is a little over 23 meters tall and is attempting to break the Guinness World Record. Artist Alondra Muca designed it, while Luis Alberto Michel, the mayor of Puerto Vallarta, oversaw its illumination.

Also, 25 catrinas were placed along the Malecon, while 27 altars of the dead will be put in place in the same location on October 30. 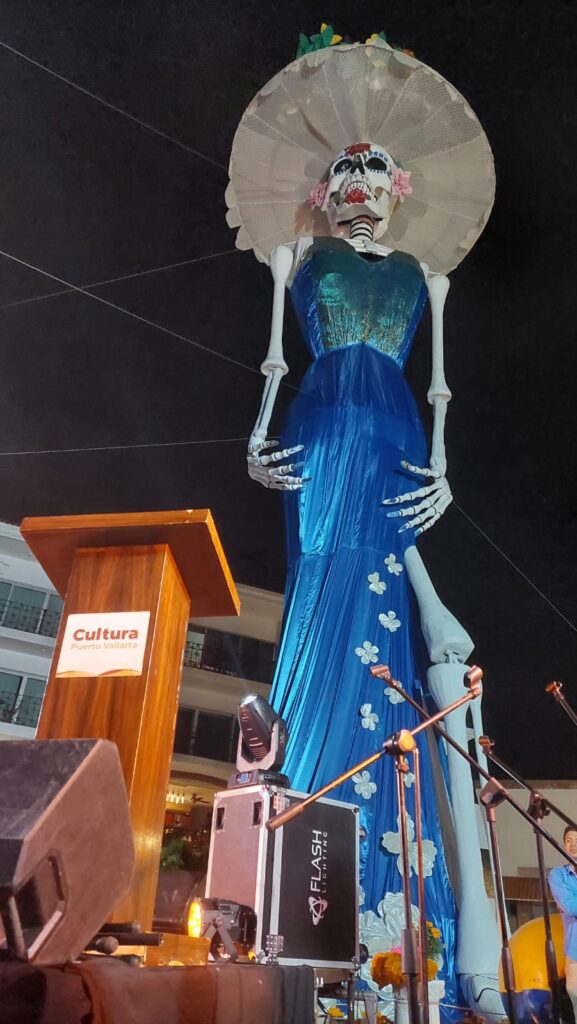 In addition to the enormous Catrina from last year, which is on display in La Lija sports complex, there will be additional displays put in other delegations and cultural centers throughout the course of the week that make reference to the season.

Visit the Vallarta Institute of Culture's website for additional details about the events planned for the Day of the Dead. https://cultura.puertovallarta.gob.mx/festivaldiademuertos.php