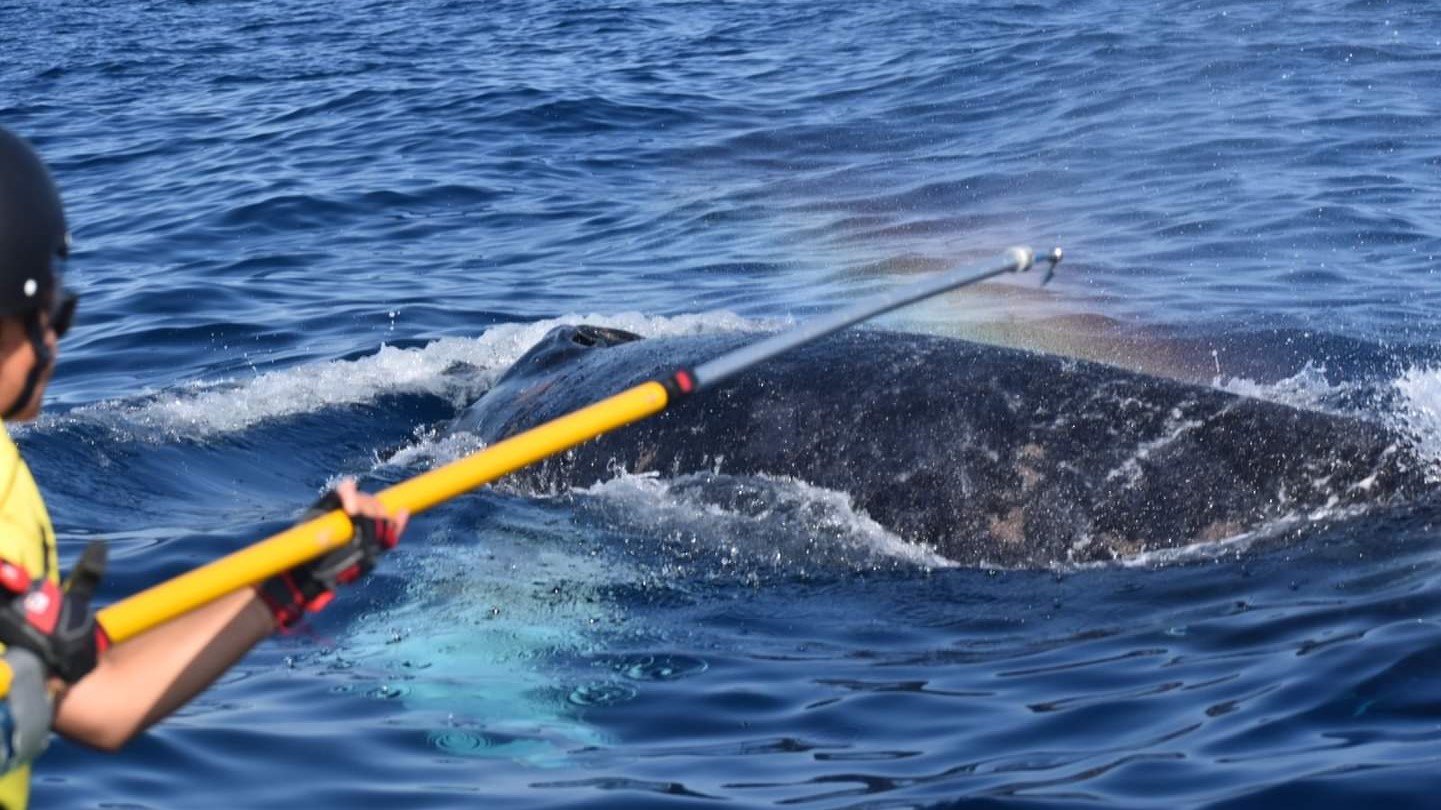 Astrid Frish, head of the Civil Association Ecology and Conservation of Whales (Ecobac), stated that two whales entangled in nets have already been rescued in Banderas Bay during the whale watching season.

The season is just getting started, but because there are so many whales, there are also many that get into trouble. We have already rescued three whales, she said in an interview.

Here in Banderas Bay, we already have several reports and we have already rescued two whales and in Los Cabos, a third whale has already been rescued.

The good news is that the three rescues were successful because early reports of the whale’s sighting, along with accompanying images and location information, were made.

Astrid Frish highlighted the new WhatsApp number they set up for these reports, which aids in maintaining the health of the whales while they are in port.

The new phone number, 322 150 0850, is now available for reports via WhatsApp and is intended just for whale entanglements.