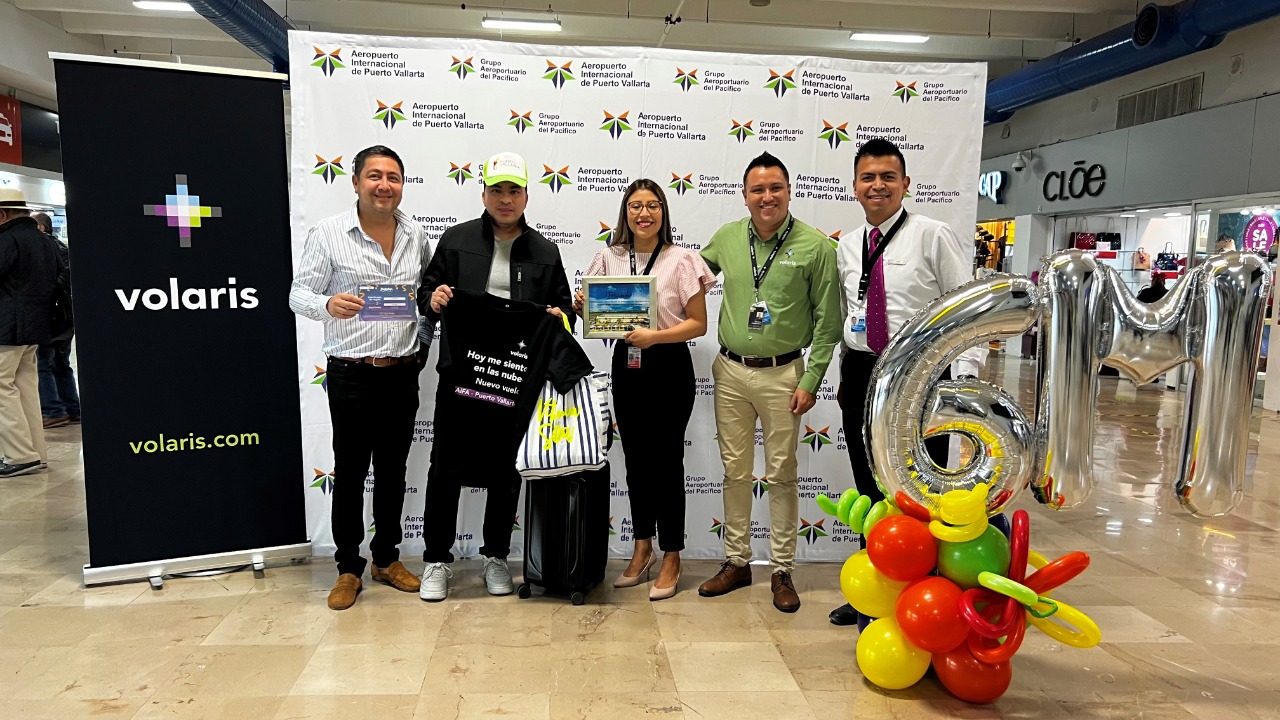 The arrival of the 6 millionth air traveler to the city is evidence that 2022 was a milestone year for this tourist destination after two years in which the number of passengers fell significantly due to the pandemic’s impact.

Omar Zamarripa, who is originally from Leon, Guanajuato, arrived at the port as the distinguished 6 millionth passenger. He was given some presents and was greeted by a mariachi band.

This passenger’s arrival marks a historic turning point because Puerto Vallarta has never before had such a massive air arrival.

With a 22% increase in passengers and a 7.9 million increase in the number of seats accessible to Vallarta, this milestone represents a significant improvement over 2019, which had the best tourism statistics.

The 37 international and 12 domestic routes at Puerto Vallarta International Airport resulted in more than 25 thousand operations overall in 2022.