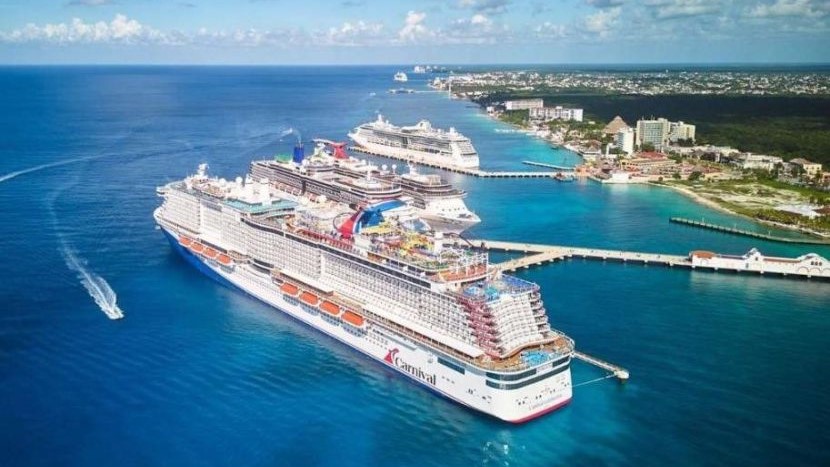 A new Carnival cruise ship docked at the island of Cozumel for the first time. On Tuesday, Carnival Celebration with 5,283 passengers and 1,804 crew members arrived for their first excursion.

Vagner Elbiorn Vega, the Director of the Administración Portuaria Integral de Quintana Roo (APIQROO), celebrated the arrival of the ship. He reported that the ship holds the record for Carnival Cruise Line’s largest fleet and is the second of its Excellence class.

The Carnival Celebration was recently inaugurated as part of the events for the 50th anniversary of the founding of the Carnival Cruise Line company and plans to embark on weekly voyages throughout the Eastern and Western Caribbean, including destinations such as the Dominican Republic, the island of St. Thomas, and the Mexican stops in Cozumel and Mahahual, Costa Maya.