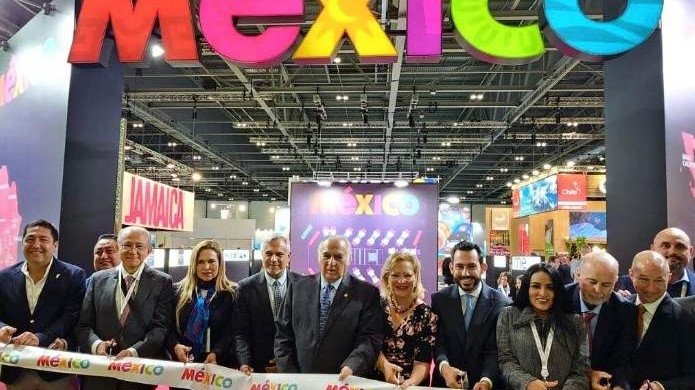 Quintana Roo is part of the World Travel Market in London

Mexico’s Caribbean is participating in the World Travel Market being held in London. The state of Quintana Roo is being led by the State Tourism Secretariat (SEDETUR), Bernardo Cueto Riestra.

Representatives from the state’s municipalities, as well as the governor and federal tourism dignitaries, are also in London to promote Quintana Roo’s Mexican Caribbean tourism.

As a result of the activities, a new Quito-Cancun air route and that it will be officially announced later this year. Quintana Roo representatives hope to generate agreements, conventions and business plans for the benefit of the people of Quintana Roo as well as the business and hotel sector of the Mexican Caribbean.

The World Travel Market is the largest tourism fair in the world that brings together almost 5,000 exhibitors from 182 countries and more than 51,000 participants. The WTM is being held from November 7 to 9 in London, England.