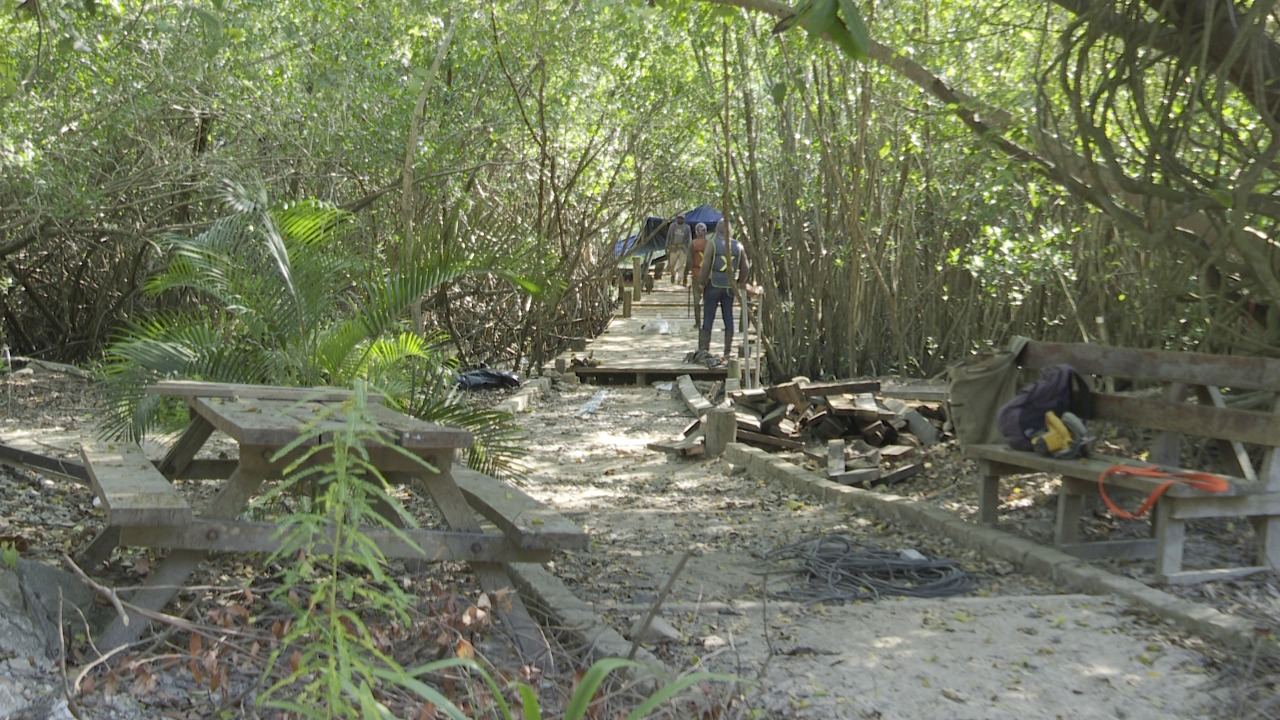 Environmentalists went to the El Salado estuary to check the progress of the works being carried out. They disagree with the construction in the Natural Protected Area and demand more transparency.

According to environmentalist and activist Rosa Alicia Limón Jaramillo:

As they were announcing that they would open, we went to check on the progress and sent a letter to the authorities because we request several missing details, in addition to the scheduled project, the delimitation of the estuary is missing because they do not say where the limits are, the perimeter mesh is missing, we are glad that it is being placed, but cement is being embedded and we fear that this is going to affect the estuary.

Jaime Torres Guerrero, the director of El Salado, stated that the entrance plaza to the El Salado estuary will be finished in two weeks and that, along with it, the visits of groups or students for talks will resume. However, the pier, which requires reinforcement, is still pending, making the panga rides inaccessible at this time.

Although it was supposed to be finished in a few months, the remodeling of the estuary facilities started two years ago and has encountered numerous delays. The investment committed is about 40 million pesos.