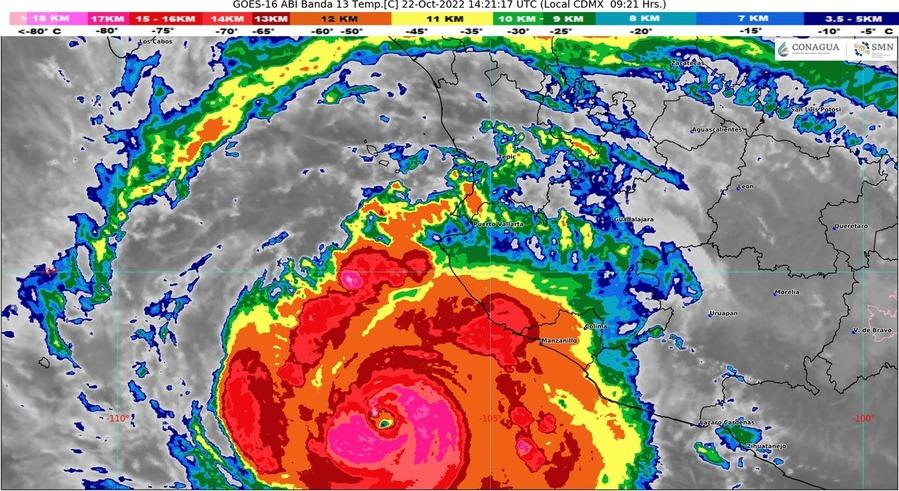 As of four o'clock in the afternoon this Saturday, October 22nd, the port will be closed for all types of navigation in this destination, according to the notice issued by the Secretary of the Navy through the Harbor Master, due to the presence of Hurricane category 4 "Roslyn".

The communiqué recommends to take the due precautions, to protect its boats in safe places, to reinforce its moorings and to be alert of them; also to be attentive to the emission of the bulletins and meteorological warnings that this national maritime authority transmits, having to be extensive this information to the involved ones.

All the beaches of the bay are under black flag, Please do not come close to the beach.

Civil Protection of Jalisco recommended to businessmen and hoteliers to suspend nightlife and close businesses early in Puerto Vallarta due to the fact that during Saturday night and early Sunday morning the effects of hurricane Roslyn, which is already a category 4 hurricane, will begin to be felt.

According to Miguel Cravioto, public relations director for Grupo Aeroportuario del Pacfico, "no closures have been reported at any point," the international airport of Puerto Vallarta has not yet undergone any operational changes.

List of temporary shelters and meeting points in the municipality.

At time of edition there are six pre-activated shelters, but more will be set up if necessary.

Identify the location of your temporary shelter and as Hurricane #Roslyn and its effects develop, I will be sharing more information.

For confirmation of activation, call 911

Civil Protection authorities will activate shelters according to the needs. The list is for preventive reasons only.

For confirmation of activation, call 911

The full lis is below: 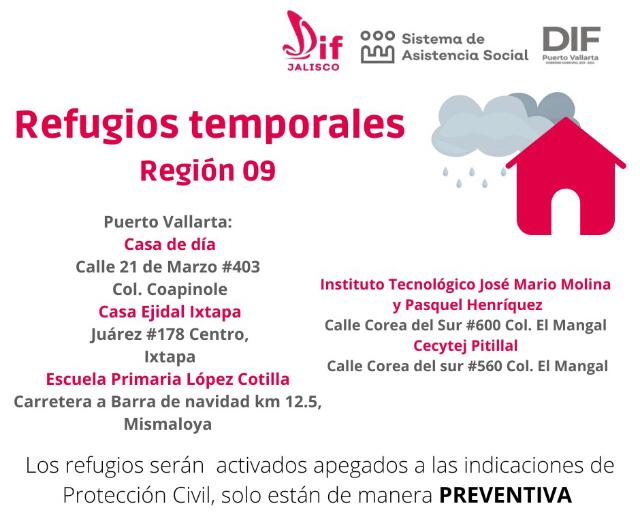 You can follow Hurrican Roslyn's trajectory live at Zoom Earth.