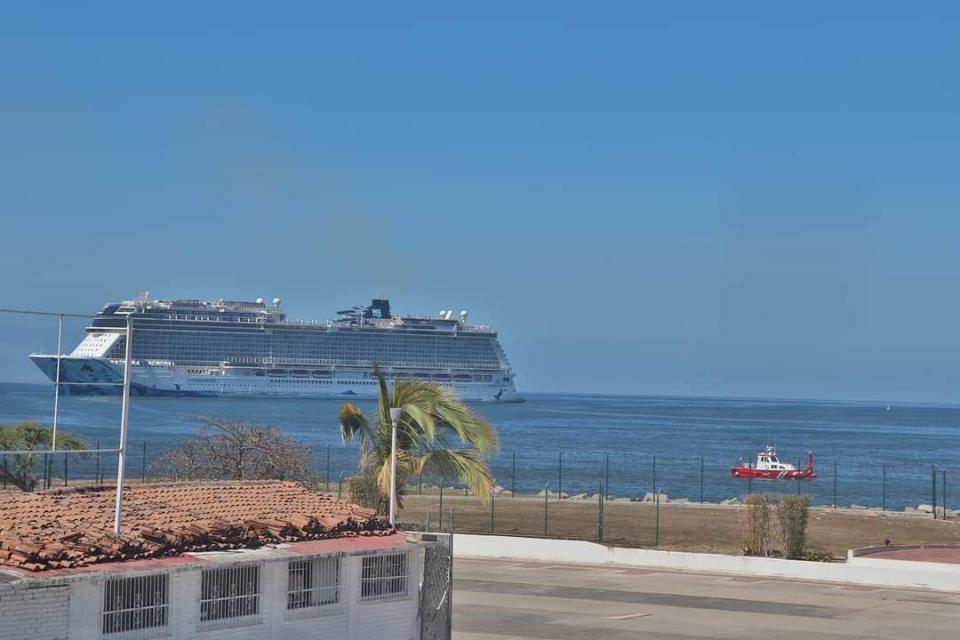 There are 22 cruise ship arrivals scheduled for April, according to the Puerto Vallarta National Port System Administration's calendar. The Vidanta Elegant's maiden voyage is one among them.
This week, the Carnival Panorama will arrive. On Wednesday, the Norwegian Bliss and the Majestic Princess arrived in tandem. This Thursday, April 7th, the Norwegian Jewel is docking at Pier 1. On April 9th, the Zuiderman will arrive, staying overnight until Sunday, April 10th.

Related: Mandatory vaccines for cruises in Puerto Vallarta: Governor The Vidanta Elegant will remain anchored on the 11th, 12th, and 13th of this month. It will remain thus until Thursday, 14th, when it will embark on its maiden voyage. There will be a triple arrival on that day, since the Norwegian Bliss and Discovery Princess will also be arriving. Their schedules may get them to depart before Vidanta's first voyage, though. The 19th, 20th, and 21st will see double and triple arrivals, bringing a significant economic impact to the city. At least one cruise ship will be in port for almost the whole month. Each one of them will have to follow all sanitation requirements. There have been no additional occurrences of COVID-19 in cruise ships landing in Puerto Vallarta, according to the 8th Sanitary Region. Up until February, the port has registered 56 thousand cruise passengers, with more than 40 thousand tourists expected this month and about 379 thousand by the end of the year.
Transportation